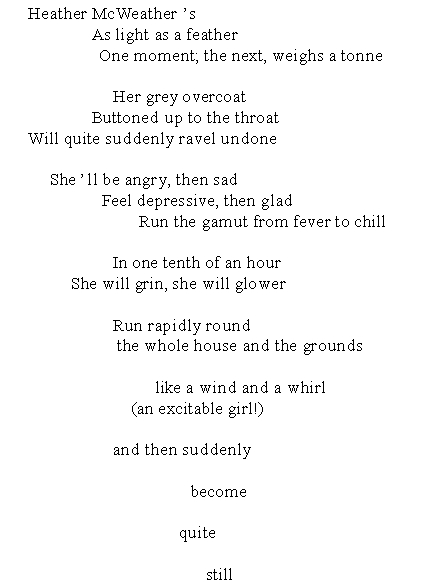 To satisfy any curiosity you might have about the Professor and enjoy more of his artful aperÃ§us sprinkled about on WIZ, go here, here, here, and here.

Professor Percival P. Pennywhistle despises children and loathes nature, which often gets on his shoes and under his fingernails, but he recognizes that both are important enough to be addressed, and so he writes poetry and other things for children, some of it about nature. Bits and pieces of his work can be found here, and he can also be reached on Facebook and via email at pennywhistlestop@gmail.com. The poems published on WIZ come from Poems for the Precocious and Alphabet Stew: Poems in a Particular Order. Other projects in development include Mythiphus, Me Grimms and Melancholies, Kid Viscous and the Mysterious Substance, Jonah P. Juniper and getting  Ben Crowder to be his illustrator.