Rerun alert: I wrote this post for the literary blog A Motley Vision back in February of 2006–nearly 14 years ago. My thinking about the role logic must play in poetry has not changed by much. In fact, in what people are calling our new “post-truth reality,” which is really just the good ol’ Might Makes Right mentality striving to elbow its way toward staging a comeback, I believe an intimate relationship between informal reasoning and creative endeavor even more critical. As unpopular as it may be by today’s social media standards, accepting accountability for one’s own thinking is healthy for the individual and healthy for society. But it’s especially healthy and invigorating when it comes to creating meaning, be it through word, visual art, or music. 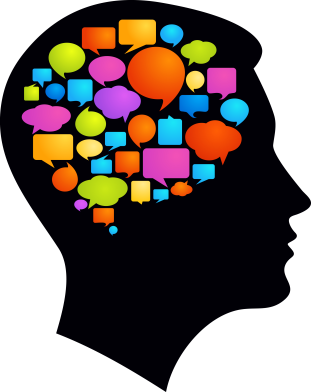 Poets need logic for the same reason poets need some mastery of form. By crafting poetry within the discipline of poetic forms, poets gain proficiency in the full range of their art from arranging the barest stones of syntax to constructing soaring edifices of odes, sonnets, even free verse. Or we may compare the poet’s learning form to a singer’s practicing of musical scales, which the singer does so that among other things s/he may gain the accuracy and stamina enabling her/him to perform within the full range of her/his vocal gifts. The singer lives in musical constructs; the poet lives in linguistic constructs. Learning form is the responsibility of

anyone who accepts the poet’s calling just as learning basic musical technique is the responsibility of any musician aspiring to competence.

Logic, or reasoning, is also form, form for thought. In fact, any given metaphor may be understood as an inductive argument carrying within a contingent of implicit assumptions. For example, when Robert Burns, says

he argues via similes either that his beloved (capital “L”), his feelings of love, or both possess qualities similar to those a red rose and a well-played melody possess. The effectiveness of his argument depends upon the reasonableness of several unstated assumptions, one of which lies at the root of all metaphors: if a thing can be demonstrated to share qualities with some other thing, then those two things may be said to be like each other. The poem’s rhyme scheme, meter, and use of repetition are elements of poetic form and, traditionally, may be judged for their effectiveness, but like any other argument the quality of the poet’s reasoning must also remain open to debate.

In The Republic, Plato finds reason and poetry incompatible, as far as poetry is practiced in his time. He does not think poetry promotes understanding because he believes that most poetry manipulates audiences by arousing inappropriate emotions. Furthermore, poetry, by virtue of its being an imitation of the world which is itself an imitation of the Ideal, necessarily takes up its position twice removed from truth. He takes poetry to task for being superficial and uninformed; furthermore, poetry appears unconcerned about its superficiality and so is dangerous to the human soul and to human strivings toward reason.

What Plato calls poetry Ezra Pound calls “bad art,” and Pound’s ideas about what to do with it are similar to Plato’s. “Bad art,” Pound says in his essay, “The Serious Artist,”

“is inaccurate art. It is art that makes false reports. If a scientist
falsifies a report either deliberately or through negligence we
consider him as either a criminal or a bad scientist according to
the enormity of his offence, and he is punished or despised accordingly.
If an artist falsifies his report as to the nature of man, as to his own
nature, as to the nature of his ideal of the perfect, as to the nature of
his ideal of this, that, or the other, of god, if god exists, of the life force
of the nature of good and evil, if good and evil exist, of the force with
which he believes or disbelieves this, that, or the other, of the degree in
which he suffers or is made glad; if the artist falsifies his report on these
matters or on any other matter in order that he may conform to the taste
of his time, to the properties of a sovereign, to the conveniences of a
preconceived code of ethics, then that artist lies. If he lies out of
deliberate will to lie, if he lies out of carelessness, out of laziness, out of
cowardice, out of any sort of negligence whatsoever, he nevertheless lies
and he should be punished or despised in proportion to the seriousness of
his offence.” 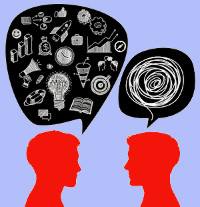 Some hold reason to be dangerous to the creative energies that characterize poetry and its creators, the poets. Reason, it is argued, robs the muse, strips her of her shining, iridescent garments, savages her inspirational person, and leaves her lying in a ditch, bereft of all that made her lively and desirable. The same thinking arises in assertions that reason applies unfair and unhealthy pressure upon religious belief. It seems that like Midas’s touch, logic destroys every dainty it handles, which in Midas’s case amounted to everything he loved.

That some artists cast reasoning in such a villainous role suggests that 1) such artists may be ascribing the failings of poor reasoning to all reasoning, and 2) such artists may imagine the qualities of creativity to be static in nature, i.e., unchanging, once established. In the first case, projecting the qualities of poor reasoning onto all reasoning is itself unreasonable and hardly justifies throwing out logic’s vigorous baby with her offending bath water. In the second case of a belief, once imagined, next imagining itself unassailable and unchangeable, such a position seems incompatible with the meaning of the word “creativity” and points more toward fundamentalist thought wherein the adherent holds as sacred some ideal and rigidly embraces it regardless of the quality of any and all challenges to the ideal’s validity. Such fundamentalism may even ascribe evil to perceived challenges so to reject them out of hand.

Good art avoids any form of fundamentalism that holds beliefs unassailable by virtue of their being beliefs, and no artist should rest contented within any personal fundamentalism whereby his/her art is held sacred in stasis. In the course of being put to the proof, good art ought to show itself transcendent enough to offer itself up, die then resurrect in better embodiment, both communally and in the striving of the individual artist. Art that fights to hold on to its philosophical, political, or spiritual position against all suggestions or evidence of contrary ideas becomes mere personal, political, or cultural propaganda. In its urgency to avoid death it abides self-imposed unconsciousness regarding its failings; that is, it accepts as good its own spiritual death.

Someday–soon, hopefully–the concept that the human brain is struggling to continue its evolution will be taken for granted. Then it will become common understanding that as the physical brain goes, so goes human consciousness, and that developing consciousness likewise alters the brain. In Plato’s rejection of poets we can see the careful language of a newly emergent level of consciousness struggling to take responsibility for newly forming relationships with truth, or with what is and what is possible. Thus it is right that Plato rejects the bad art of his time as being castles built on clouds of lesser levels of consciousness and lower tiers of reasoning. His arguments that bad art manipulates audiences into maintaining or regressing to lower levels of consciousness are sound.

Good poetry delights through its skill in using poetic and linguistic forms; likewise, good poetry, indeed all good art, raises consciousness in audiences through sound reasoning. Good art ought to satisfy communal needs for reason and beauty in edifying proportions. If in the course of creating art the artist’s own consciousness rises to a new realization of the truth of his/her being in the world, all the better. All art ought to be as open to judgement upon its rationality as it is to appraisal of its success in using relevant forms. No art, including that which calls itself art on the basis of fundamental rights of freedom of expression, should imagine itself to be above argument.